In this guide we will explain what sandstone is, why it has so much variety in its colours, and show you examples of Indian sandstone colours for your patio paving.

What is sandstone & why is it good for paving?

Sandstone has been used as paving for millennia. It looks great and offers great natural variety and character within each stone. It is also hard-wearing and long-lasting, but easy enough to quarry, hewn and cut into desired shapes. Sandstone is also readily available and abundant. These factors explain its popularity, both present and past, and why it is so often used in garden design and landscaping.

Sandstone is a sedimentary rock, and is one of the most common on Earth. It is formed on ocean floors, sea and lake beds, where sands, silts and other clastic materials settle in the water. Over time, gravity, the pressure of the water above and often chemical bonding between the particles, start to fuse these sedimentary deposits together into rock (creating sandstone).

Why are there so many colours of sandstone?

Because sandstone is formed from deposits of sand and sediments, its colour can vary widely. The colour will depend on what sands, silts and mineral particles were laid down on the ocean bed as it was forming.

The nature of the depositing of materials also means that sandstone, from one specific location, will often have colour variation in its stone. Sometimes, these can be seen in blooms or cloud-like hues in contrasting colours. In other cases, the colour variation can be seen as stripes, waves or striations. You can also find fossils embedded directly in the sandstone, with ferns and ammonites being common examples.

Let’s take a look at the groups of Indian sandstone colours available for your patio paving (and landscaping elements, such as edging, walling and coping).

Kandla Grey Indian Sandstone is a light grey stone with silvery highlights and mid-grey hues. Some, stones will be darker, but generally the overall blend appears like a dove grey.

Raj Blend / Autumn Blend Indian sandstone is a mix of rosy browns, tans and browny-grey stones. It provides a nice neutral brown palette that works well with a variety of property types.

Buff Indian sandstone is a blend of sandy gold, dark gold, honey, tan, ochre, beige and khaki blend of stones. Buff stones will often incorporate different hues and natural variations that gently contrast each other, so each stone has its own unique character.

Fossil Indian Sandstone is a light gold, wheat, cream, butter, mustard and honey blend of stones. The stone has accent hues, blooms, waves and striations in contrasting darker tones such as tan, ochre and sienna. This sandstone also commonly incorporates fossils (ferns and ammonites being common).

Black Indian Sandstone is a mix of dark greys, charcoal and anthracite colouring with dark gold hues and accents.

Rippon Indian Sandstone is a creamy / light beige colour with pink and rosy accent colours. When dry, it looks flatter, more uniform and subtle. When wet, the pinks and rosy hues come out, and it looks more vibrant and distinct.

Modak Indian Sandstone is a blend of pinky-orange, terracotta, ochre, tan and brown. It has a warm, vibrant feel and really pops and show this off when wet, when stronger oranges, pinks and reds appear.

As you can see, there is a wide choice of Indian sandstone colours available for paving, walling, coping and edging.

If you need any guidance or advice about these products or anything else, please don’t hesitate to contact us and we will do everything we can to help. 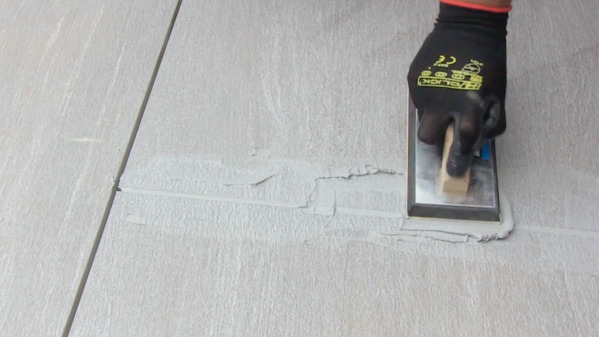 How to Grout Porcelain Patio Paving 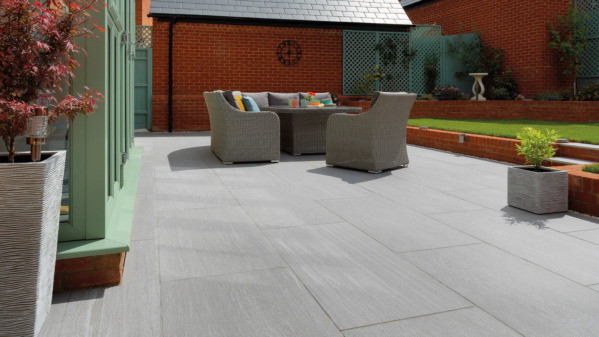 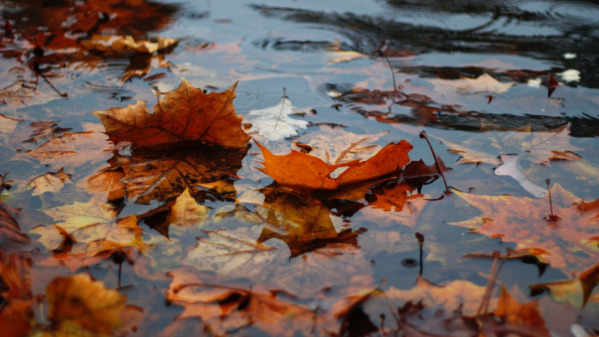