We offer a range of antique/period style flagstones for traditional garden patios requiring a historic or rustic look and feel, where time-worn aging and character are needed to suit the look and feel of the property or environs.

These come a variety of materials: natural stone - generally Indian sandstone or limestone that has been tumbled to create the time-worn appearance; wet-cast concrete - using moulds to create the weathered/aged look and feel; or porcelain paving which has been designed and processed to create a time-worn period look, but has all the benefits of high-performance vitrified porcelain. 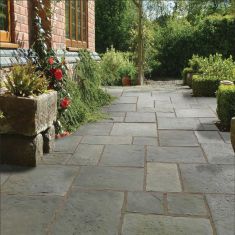 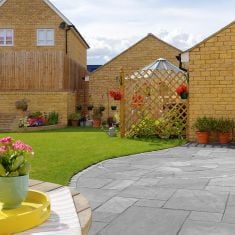 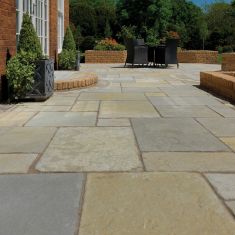 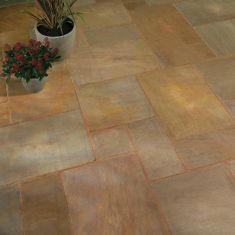 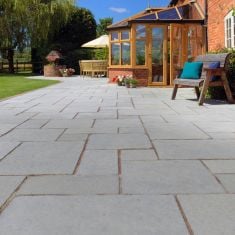 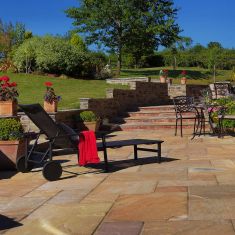 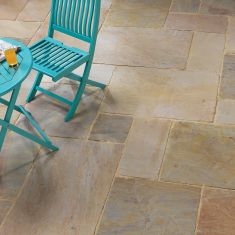 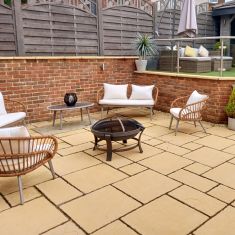 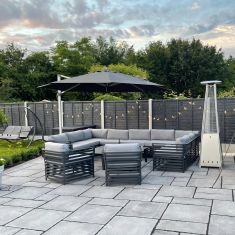 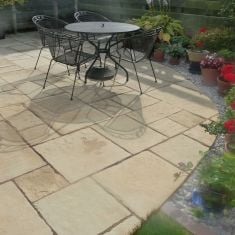 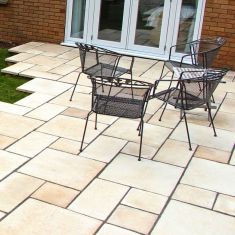 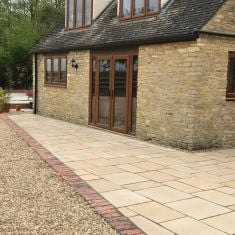 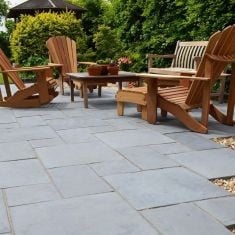 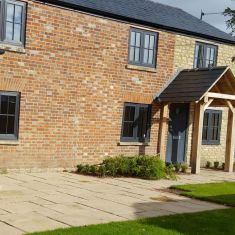 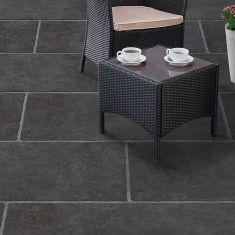 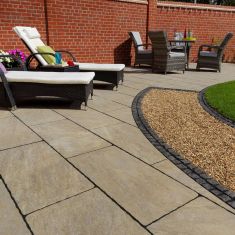 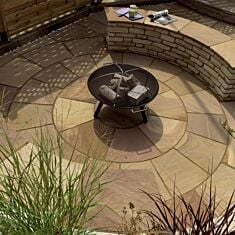 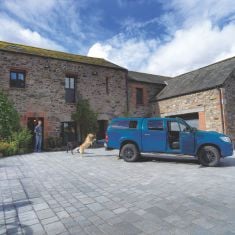 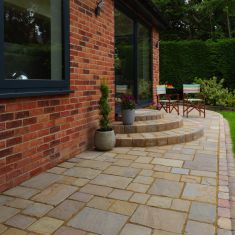 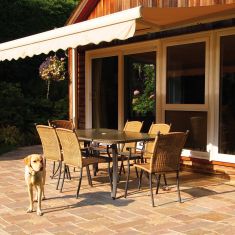 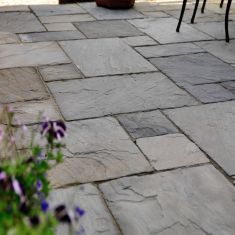 If you have a traditional period property then you’ll often want to select paving that is in keeping with your home’s architecture. Our paving flagstones are designed to provide a timeworn and aged appearance to ensure you can find the right aesthetic for your garden patio, terrace or paths.

British homes and gardens have long used flagstone to pave both interiors and exterior areas including patios, terraces, walkways, and paths. A paved terrace or patio has been a feature of British gardens going back to Roman times for nobles and wealthy families and became the norm for most people from the 18th century onwards with the industrialisation of quarrying and reduction in the cost of materials. Culturally, during this same period, the likes of Capability Brown and other landscape architects ensured that our collective appreciation for beautiful and considered gardens became embedded into the national psyche, and we became a nation of gardeners!

Indian Flagstones in Sandstone and Limestone

Our Tudor Antique range has been designed to provide you with flagstones that present the authentic look and feel of historic paving, with tumbled edges to provide the stones with a time-worn and weathered character one would expect.

Riven and aged-effect concrete flagstone paving is popular with many homeowners as it offers a range of colours that can be manufactured and controlled to specific hue/tones more easily than natural stone (which has natural variation). As well as the aesthetic control, concrete will often prove to be more cost-efficient for flagstone paving as it generally has a lower price per-metre-squared.

What’s the difference between flagstones, flags and slabs?

There are a few synonymous paving terms used in the hard-landscaping industry that vary based on colloquial usage - so for example in the north of England the term “flag” is used whereas in the south it might be called a “slab”, and some landscapers might prefer the term “paver”. Flags are technically concrete, and slabs are stone, but that is a distinction for the pedants to battle out, as common English usage has flag and slab as interchangeable terms.

Flagstones have a different meaning/connotation from flags/slabs in that the word is generally understood to mean older, historic paving stones which are (or look) timeworn, weathered, rough around the edges (literally) and/or are rustic in appearance - and therefore, they are more suited or in keeping with period and historic properties or gardens.